The working principle and classification of thermal fuse

A thermal fuse, also called a thermal fuse, is a temperature-sensing loop cut-off device.
Thermal fuses can sense the overheating generated during the abnormal operation of electrical and electronic products, thereby cutting off the circuit to avoid the occurrence of fire. Commonly used in: hair dryer, electric iron, rice cooker, electric stove, transformer, electric motor, water dispenser, coffee pot, etc. The thermal fuse cannot be used again after operation, and only operates once at the fusing temperature.

The most common specifications are: load 250VAC 10A, 120VAC 15A, 24VDC 5A, and the operating temperature ranges from 70 degrees to 257 degrees. EMERSON thermal fuse has a total of 6 specification series. Maximum load up to 250VAC 25A

2. The working principle of thermal fuse 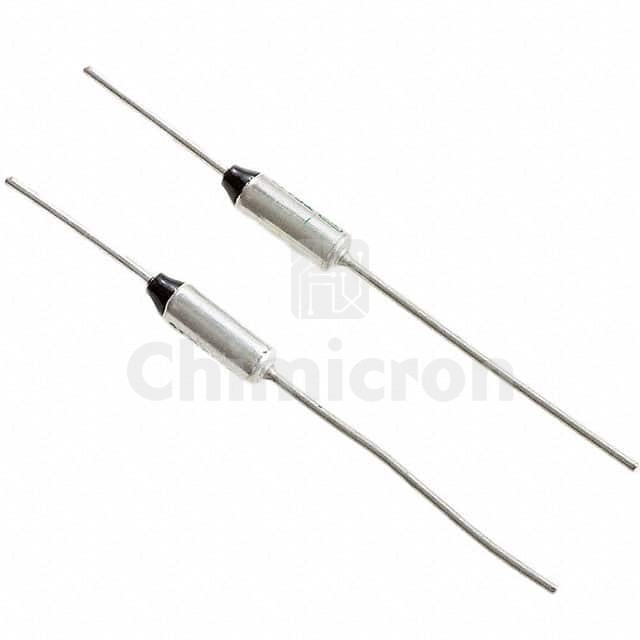 It is composed of an axisymmetric lead, a fusible alloy that can be melted at a specified temperature, a special compound to prevent it from melting and oxidation, and a ceramic insulator. When the ambient temperature rises, the specific resin mixture begins to liquefy, and when the melting point is reached, with the help of the resin mixture (increasing the surface tension of the molten alloy), the molten alloy rapidly shrinks around the leads at both ends under the action of surface tension. spherical, thus permanently severing the loop.

A piece of fusible alloy wire is connected between the two pins of the thermal fuse. The fusible alloy wire is covered with special resin. The current can flow from one pin to another pin. When the temperature around the thermal fuse rises to its operating temperature , its fusible alloy melts and shrinks into a spherical shape and attaches to the ends of the two pins under the action of surface tension and the help of special resin. In this way, the circuit is permanently cut off.

Samsung to triple production capacity by 2026 amid rising demand